Nestled on the banks of the River Noe in the picturesque Hope Valley, Laneside Caravan Park is well-known for its high standard of amenities, well-tended grounds and spotless facilities.

The caravan park and campsite occupies a prime location in one of the Peak District’s best-loved and most-photographed valleys. It’s also in a great jumping off point for some classic Peak District walks, including Winnats Pass, Mam Tor and the Great Ridge.

First opened in the 1950s, Laneside is now run by a 3rd generation of family members and has recently seen an uptick in visitor numbers as the number of ‘staycations’ has increased.

Expecting a busy summer in 2021 and beyond, the team decided that they wanted to double the number of toilets and showers while also raising standards to ‘health spa levels’.

Prioritising washroom quality over price, park owner Terry decided that they wanted to use the Force Range for the men’s and women’s toilet and shower blocks. This product range uses Polyrey’s Compact Grade Laminate, which is extra durable and moisture resistant.

The Laneside team chose a luxurious dark woodgrain finish that helps mask fingerprints and smears in between cleanings. They also chose a bright cyclamen colour to offset the dark wood effect and inject vibrancy into the toilet block.

“We’re incredibly happy with the finished toilet and shower block. We’ve already seen some positive feedback on social media – which really helps us stand out from the competition.

We chose Concept because we heard some good feedback about them. Their quote wasn’t the cheapest we got, but we felt it was competitive and, overall, we’re very happy with the service provided.

They put forward some really strong ideas and responded quickly and clearly to all of our questions. The installation was fast and professional, which we really value.” 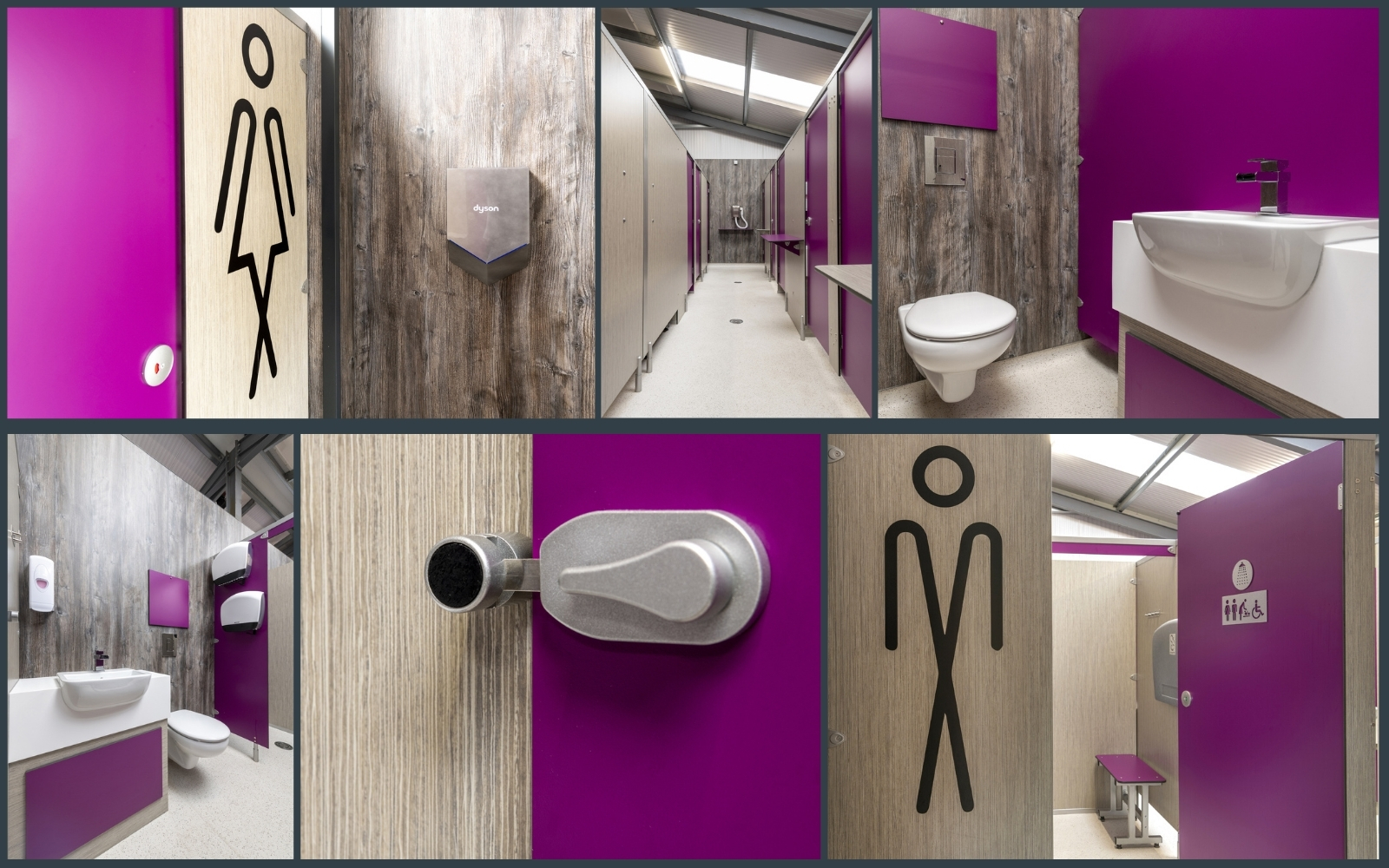