The announcement came after the technical review launched by the government in 2020, although the final outcome is yet to be published (source) 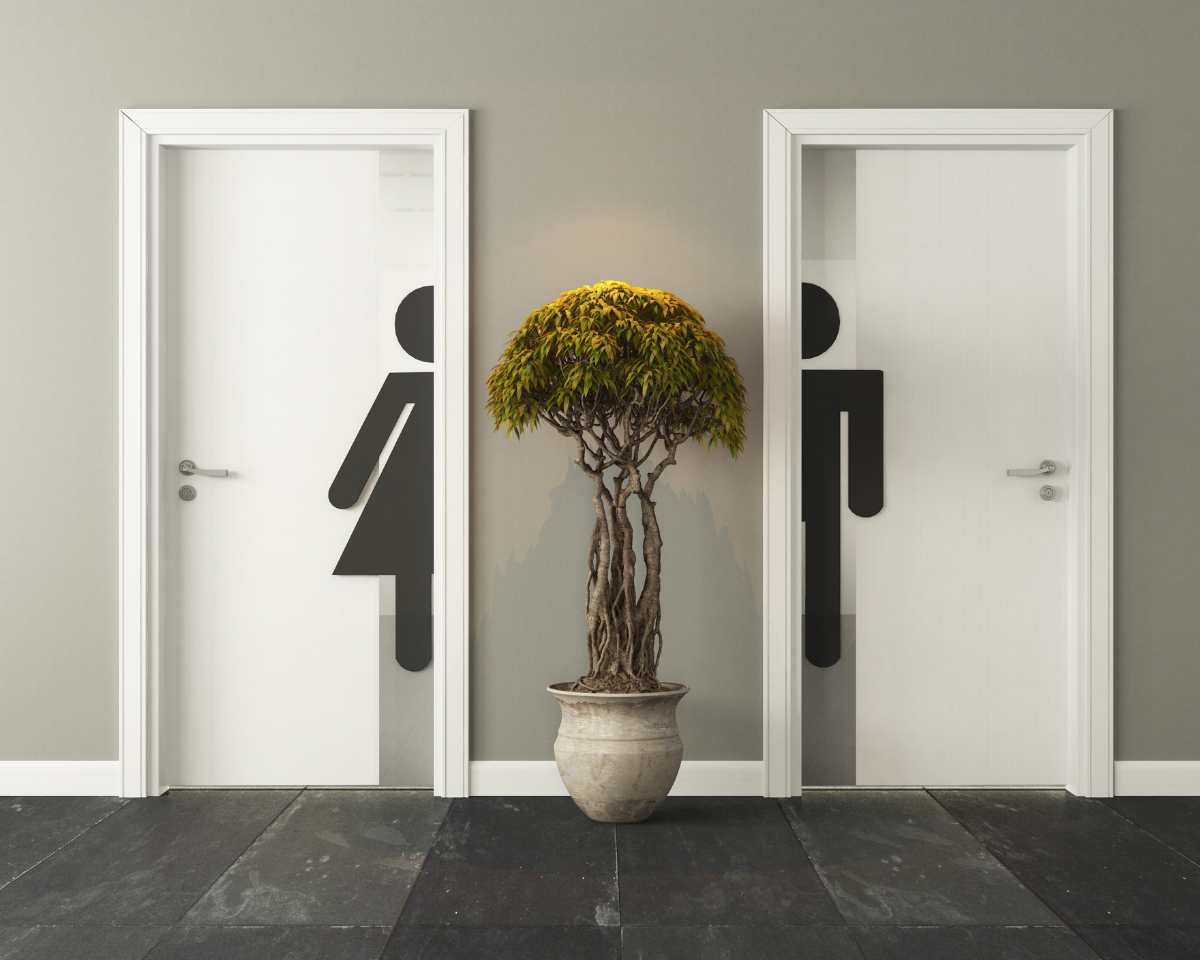 The Ministry of Housing, Communities and Local Government (MHCLG) call for evidence launched a technical review of provision of toilets for men and women. “The government’s position is of the view that there needs to be proper provision of gender-specific toilets for both men and women, with a clear steer in building standards guidance”. This was closed on 26th February 2021.

Held as a result of campaigns and representations over washroom provision being gradually replaced with gender neutral facilities, one key objective was to solve issues related waiting times for women. It also included a review of provision for older people, and for parents with very young children who need changing facilities.

The call for evidence acknowledged the long-standing issue of waiting times for women’s washrooms:

“Women often have to face excessive queues for toilets or don’t have access to appropriate facilities that meet their needs when out. In some cases this can mean women are reluctant to go out or take trips that many take for granted. The review aims to address this by considering the ratio of female toilets needed versus the number for men, given the need for women to always use cubicles. It would also take into account the needs of all members of the community, to ensure there is a fair provision of accessible and gender-neutral toilets.”

The associated document went into further detail discussing that the recent trend towards replacement of single sex with gender neutral washrooms disadvantaged women compared with men. The key issue being the flexibility of male provision of both cubicles and urinals, whereas women can only use the former. This included safe spaces for women additional health and sanitary needs requiring more frequent usage and longer time needed. It was argued that “women are also likely to feel less comfortable using mixed sex facilities and require more space”.

This all suggests a likely outcome being a reconsideration of the ratio of cubicle provision for women versus men. Further clarification of the government’s position came from a ‘source close to Mr Jenrick’:

“It’s a necessity for women to have access to their own provision of toilets, but too often separate sex toilets are being removed by stealth – causing great distress. We’ve listened to the concerns raised by women and the elderly about their security, dignity and safety and are going to maintain and improve safeguards by updating regulations in order to ensure that there is always the necessary provision of separate toilets for everyone in the community. These changes will help to maintain safeguards that protect women and the proper provision of separate toilets, which has long been a regulatory requirement, will be retained and improved. We recognise there needs to be a public service provision for everyone in our community, and want to help to deliver on that objective.”

The call for evidence also made it clear that it was separate from the issue of gender-neutral Changing Places toilets for disabled people, which had been subject of a different government consultation, “where gender neutral provision is encouraged to facilitate carers/partners of a different sex providing assistance”.

The review was also tasked to review signage and promote clarity and use “gender-specific language, to avoid confusion”.

Acknowledging the sensitivity of the issues raised by the technical review in the context of The Equality Act (sex, age, disability and gender reassignment as protected characteristics), the review stated that “the government wants to ensure dignity and respect for all”

However, the government position was clarified regarding the shift towards gender neutral washrooms “this does not mean that gender-specific toilets should be replaced with gender-neutral toilets. But there should be balanced consideration of how the needs of all those with protected characteristics should be considered, based on the mix of the population and customer demand”.

The timing of the outcome of the report is uncertain as it has also requested evidence from stakeholders and other user groups. Whilst this creates some uncertainty, there is expertise available from manufacturers that provide washroom solutions on a daily basis.

In a number of commercial and public buildings, it has become common to combine both sex-based washrooms with gender neutral ‘superloos’. This is in addition to those required under building regulation Part M for disabled users.

For the architect and specifier, there are other issues that need careful consideration, often related to faith-based communities and the need for respect for all building users. The best solution is to listen carefully to the client’s needs whilst having a good understanding of both regulatory demands coupled with similar cases and examples.

“Many factors can influence the design of sanitary spaces, but our extensive experience across sensitive issues that surround this most human of needs has helped many architects and designers find the optimal solution” – Managing Director of Concept Cubicle Systems, John Beaumont

You can also book your practice CPD here